On living with depression and suicidal feelings | Sami Moukaddem | TEDxLAU 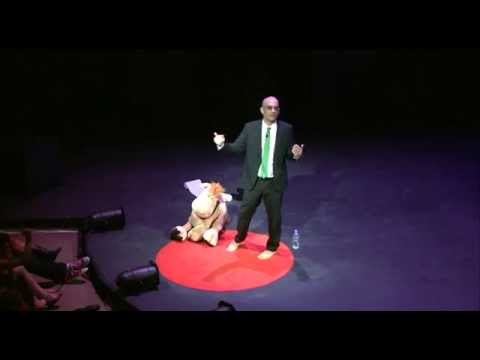 In this talk, Sami Moukaddem, looks at the misconceptions people have regarding depression and suicide? He also guides us about what can we do to help those suffering around us? His talk tries to demystify many of these misconceptions and using the example of his journey out of darkness (in a somewhat fun way). Also […]

Symptoms and signs of ADHD

Attention Deficit Hyper-Activity Disorder ADHD (Attention Deficit Hyper-Activity Disorder) is a mental disorder characterized by developmentally inappropriate levels of inattention and/or hyperactive-impulsive behavior. In order to be diagnosed, the condition must cause significant impairment in at least two settings, usually meaning a child’s symptoms are present both at home and at school. Find below some […] Bryson Tiller says his lukewarm second album was the result of dealing with depression and also teased new music. ﻿ Adult depression is significantly different from teenage depression. In adults suffering from depression, the appetite for both the “hunt” and the “feast” disappears. In case of teens, the urge for the hunt disappears, in that they may not go out of their way to have, say, their favourite slice of pizza, but the urge […] Do Our Lifestyle Choices Impact Our Mental Health? Yes, smoking, drinking too much alcohol or energy drinks, not getting enough sleep or having an irregular sleep pattern, over-dosing on caffeinated drinks and hanging around people who stress you out can all contribute to your stress levels rising through the roof. But, if you try to […]

How To Stop Panic Attacks While On The Road How to Stop Panic Attacks While on the Road Panic attacks are a very debilitating experience. But, they can be especially overwhelming when you happen to be behind the wheel. It’s normal to feel some anxiety while driving. In fact, many drivers wind up having a panic attack at some point during their driving career. […]

Long-term use of certain drugs, some of them used to treat depression, has been linked to an increase in dementia risk in a study that looked at 27 million medications and their effects on 40,000 people with dementia compared to 283,000 without the disease. Researchers at the University of East Anglia in the U.K. found […] Recently came across this article on “13 Unexpected Signs Of High-Functioning Depression” on TBS News. The author rightly surmises that not all signs of depression are blatant in people who are still operating at high efficiency. However there are still some symptoms to be on alert for, which are covered in the video below. For our […]