Research is finding that Yoga is proving to be increasingly beneficial in a range of mental health conditions. A recent post on Newsweek reviews the health benefits of Yoga on Depression, Anxiety, PTSD, psychiatric disorders and eating disorders.

Written by Lizette Borreli, the post – Yoga And Mental Health: How It Helps Depression And Four Other Conditions, discusses the pervasiveness of mental health issues in the US and interviews leading health practitioners to capture their experience with yoga, both for themselves as well as for their clients.

The article makes a strong case that yoga is found to be increasingly useful for persons suffering from depression, anxiety, eating disorders, psychiatric disorders and PTSD. In fact, those engaging in yoga almost everyday experience better benefits than those who do it occasionally.

YOGA AND MENTAL HEALTH: HOW IT HELPS DEPRESSION AND FOUR OTHER CONDITIONS

In the U.S., nearly 1 in 5, or roughly 43 million Americans, suffer from a mental illness, including conditions like depression, anxiety, or schizophrenia. These individuals often experience difficulty getting the health care that they need, and available medications don’t always provide satisfactory effects. For this and other reasons, many individuals coping with mental health issues seek alternative approaches to healing, including yoga.

Dorena Rode, a physiologist at UC Davis, has found help in yoga for her own mental health issues.  “I understand the complexity of these situations and their devastating effects because I have overcome addiction, depression and [post traumatic stress disorder] in my own life. I practice yoga daily, teach others and have done so for decade,” she tells Newsweek. 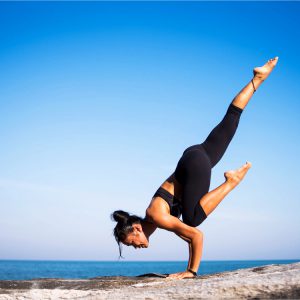 Rode explains the results of yoga increase in a dose-dependent manner. The more you do, the greater the health benefits.

“I recommend people practice everyday for at least 15 minutes. A minimum of 3 to 5 times a week will still offer great benefit. If a person is under medical care, the appropriate level of practice for a person’s health condition should be made with their care provider,” says Rode.

Yoga has been studied as an effective treatment for some types of depression. A series of studies from the Netherlands found yoga provided some benefit for people with chronic depression. In the first study, men and women who suffered from depression for an average of 11 years experienced a reduction in depression, anxiety, stress, and rumination after they took weekly 2.5-hour classes for nine weeks in conjunction with therapy and antidepressants. In the second study, depressed college students who practiced mindful yoga for 30 minutes with their instructor and then at home for eight days with an instructional video experienced a greater reduction in symptoms, even two months after, compared to another relaxation treatment. 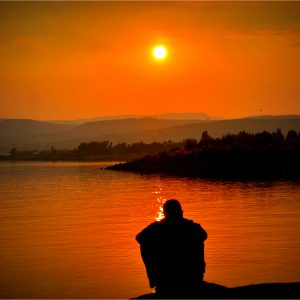 Yoga offers the opportunity to release stress and tension by helping you shift your focus to the present and “connect to all of your holistic bodies, mind, body and soul,” says  Dr. Jodi Ashbrook, a teacher, author, and yoga instructor.

“By letting go of whatever negative energy is pulling you away from that intention, you can shift your perception that is typically feeling out of control to your ability to stay present and positive in the moment only to boost your mood,” Ashbrook tells Newsweek.

Yoga may also help ease symptoms of anxiety and depression. A 2016 study conducted at the University of Pennsylvania found people with major depressive disorder (MDD) who do not fully respond to medication, saw a decrease in depression and anxiety after practising Sudarshan Kriya yoga (a cyclical controlled breathing practice), while those who took meds but did not practice yoga saw no changes. 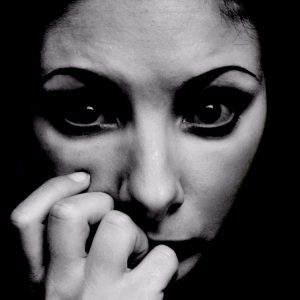 Erin Wiley, a clinical psychotherapist in Ohio, believes yoga helps calm the nervous system of patients with anxiety. “It teaches clients that they have control of their stress reaction, gives them a coping skill for when they are overwhelmed, gives them experience in practicing calming down which is helpful for times of distress,” Wiley tells Newsweek .

A yoga therapy program could help as an accompaniment to the standard treatment of psychiatric disorders. A pilot study in The Journal of Alternative and Complementary Medicine found an eight-week yoga therapy program, which included postures, breathing exercises, and relaxation, led to schizophrenic patients showing a vast improvement in symptoms and a decrease in negative thoughts. Overall, it was found to bring significant symptomatic improvements and enhance their quality of life.

“Many centers treating people suffering from psychosis and schizophrenia have organized yoga classes in their centers for the patients. These class are well received by the patients,” says Wiley.

Yoga is known to benefit the mind and body, which means it can potentially help with PTSD. A study in the Journal of Traumatic Stress found yoga improved the lives of women with PTSD when they took a 12-session, Kripalu-based (the philosophy that you should practice just as how you should live your life), “trauma-sensitive” yoga intervention (either once per week for 12-weeks or twice per week for 6-weeks). The researchers noted classes included both asana (movement) and breath exercises.

Wiley believes this approach can help patients learn the how to calm themselves down when distressed. “This leads to lower incidence of drug and alcohol abuse, or other self-medicating behaviors,” she says.