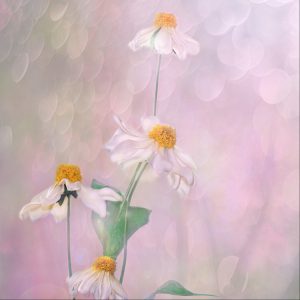 Chamomile is great herb that has anti-anxiety properties. It is commonly brewed into tea. Some of the calming compounds found in chamomile work by binding to receptors in the brain. The same receptors as the ones that respond to drugs such as Xanax and Valium.

Chamomile has mildly sedating attributes too and has been utilised for centuries as a natural herbal aid. It is often used in anxiety-related medical studies. The results from research are promising as compared to placebos. Chamomile is part of the ragweed family. It can also be found in pill or powdered substance form.

A post shared by Potentialz Unlimited (@potentialzunlimited) on Mar 8, 2018 at 11:14pm PST to help in calming nerves and fight anxiety. As was the case for chamomile, clinical studies indicate that lavender aromatherapy is a suitable non-drug alternative to combating feelings of nervousness.

One such study, published in Phytomedicine, revealed that lavender oil was equally or almost as effective as Lorazepam, without the dangerous side effects.

Use of lavender oil also works out be considerably less expensive than pharmaceutical products to stop panic attacks naturally.

Studies are indicating that when the body doesn’t get enough vitamin B12, you are more susceptible to panic attacks and depression in general.

B12 deficiency can cause almost any psychiatric symptom-from anxiety, and panic to depression and hallucinations.

Reversing a B12 deficiency is quite simple. You can use a doctor-prescribed nasal spray or get an injection. Alternatively, why not consume foods high in vitamin B12? It’s found in a variety of foods such as grass-fed beef liver, yogurt, shrimp, venison, eggs, wild salmon and lamb. Let the dinner bell ring! Valerian is a sweet-scented flowering herb that grows in the summer. It’s been used for medicinal purposes since ancient times. Today, it’s often taken in the form of a dietary capsule, as a sedative and sleep aid. Valerian is frequently combined with lemon balm or hops in an effort to increase the effects of the herbs.

Kava kava is a Polynesian plant that is commonly used to ease one’s worried mind. The roots are brewed to create a drink that is sedative in nature. This beverage often replaces alcohol as a treatment for social anxiety. Why? The answer is simple. Kava kava calms but does not alter mental cognition.

The bark of Magnolia oficinalis is traditionally used in Chinese medicine to address anxiety, nervous tension and for promoting sleep. Some researchers attribute these effects to the presence of honokiol, a natural compound in the bark. Research evidence is growing to support the use of magnolia bark for improving sleep  and in easing the effects of depression and anxiety.

Melissa officinalis, commonly known as Lemon Balm is traditionally known as a mild sedative that has calming properties. Prescribed as a medicinal herb since ancient times by Greeks, lemon balm has long been known to relieve anxiety, promote sleep, and soothe agitation. In a clinical trial conducted over a period of 15 days, Cyracos™ (an extract of Lemon Balm) showed a 69% reduction in symptoms associated with mild anxiety.

Passiflora incarnata, commonly known as Passionflower, is a great herb for people experiencing insomnia. Passionflower may assist if you are having difficulty falling asleep and has traditionally been used for tenseness and restlessness in the body and to calm the irritability associated with difficulty in initiating sleeping.

Dietary omega-3 supplements are popular as part of almost any supplement routine. Omega-3 has anti-inflammatory properties, which makes it good for heart health. Studies are indicating that omega-3 helps in reduction of the symptoms of anxiety and depression. So, it’s a suitable way to help in the fight against panic attacks.

Along with remedies, you should consult a psychologist. In Australia APS approved psychologists would use evidence-based therapies such as Cognitive Behavioural Therapy to help you learn skills to deal with panic attacks.